I used to think I wasn’t creative.

I was no good at art at school and wasn’t much better at creative writing. I found composing the hardest part of my GCSE Music. I was much better at science and maths than all the arty stuff.

So instead I focused on logic, structures and processes. As I learned to code I followed the rules and used other people’s work to get me going. As I stepped into management I read books and went on training courses and copied other people.

Back then the message I’d taken was that you could be logical or creative, but you couldn’t be both.

And then, a few years ago, something shifted. I don’t remember exactly what, but I seem to remember that someone suggested that maybe I was creative, but it was coming through in a different way.

It was enough to get me to notice that the way I solved problems and worked with people wasn’t all logical. Sometimes I saw connections and fused ideas in a way that I couldn’t explain. I also started to notice little bits of creativity that were in my life – adapting Ikea curtains for our house, drawing stick-men to illustrate ideas, cooking a nice meal, going dancing…

As I started to see that I was more creative than I’d once thought I gave other things a go. Before I knew it I was going to a pottery-making workshop with my mum, making a quilt and designing and making logos, cards and party games for our wedding.

And then an even bigger shift occurred.

My brother noticed that I’d been painting sunflowers for our wedding and bought me a travel watercolour set for my 40th birthday. I decided to take it on our 6 months of travels, thinking I could have a go at painting every place we went to.

The thing that really helped me discover my creativity was deciding that those paintings would just be for me. It didn’t matter if it was any good or what other people thought of it – it was purely an activity for me to enjoy. 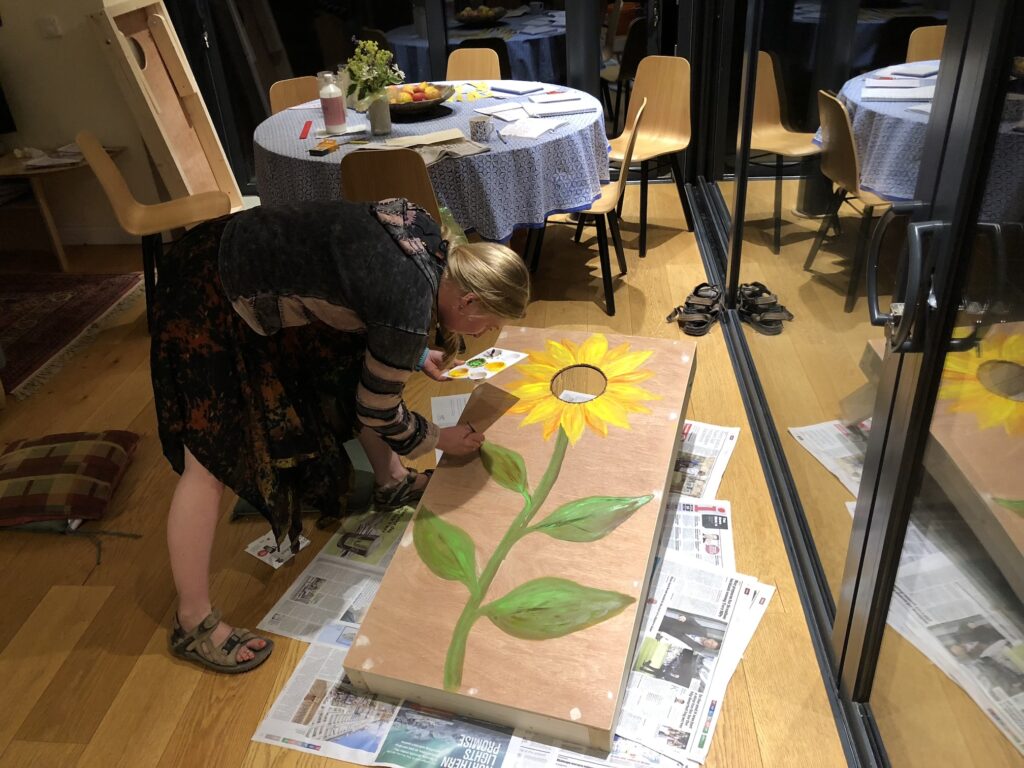 When I removed the pressure I was putting on myself to do it well and impress others, I was amazed at the results that emerged (you can see more here) – and I found myself getting clever (creative) about the way I did it too. 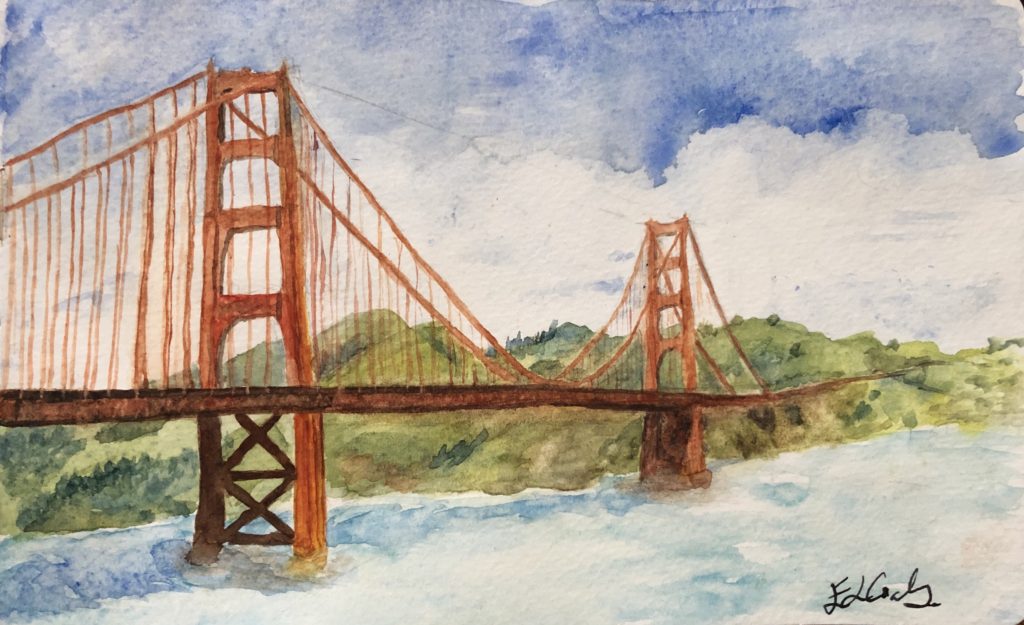 For example, instead of trying to draw the picture, I copied the length and direction of the lines on a photo, which felt like cheating (!), and then coloured them in. After a few times of doing this I found that as I started to let go and immerse myself in the picture, there was a magic that seemed to happen – things seemed to come together in a way that I hadn’t planned – it was more than copying, but I wasn’t trying to do more. I was just getting lost and enjoying myself.

Over these last 3 years, I’ve enjoyed exploring painting and learning to draw, and it’s taught me so much about the creative process in parallel. I’ve discovered that when I’m creating there’s usually a point when I feel like everything’s going wrong and I want to tear it all up and start again… I’ve also noticed that this is the creative process at work.

The magic often happens when I give up on the thing I’m trying to create and just let whatever is there emerge. Seeing this has helped me realise that creativity has been in my life all along.

There have been so many times at work when I’ve been trying to run an event, write a report, or solve a problem, and I’ve thrown my hands up in frustration, and it’s usually at that point that the new idea pops up. I get a flash of insight on how to do it differently, or some new information appears and things often come together in a way that is way beyond what I was planning.

When I look back further I notice that the way I solved maths problems had a huge amount of creativity, and that as a child I loved making up stories, building dens and letting my imagination flow. I’ve always been creative, it’s just that my definition was wrong.

Seeing and trusting in my own creativity allows me to have more of an impact. It keeps me open to new ideas and new possibilities when I feel like things aren’t going the way I think they should. It’s allowed me to show up, not having a clue what I’m doing, and deliver more than I would ever have planned to do.

And it’s allowed me to bring it out more creativity in others too – helping them to discover and trust their own creative potential.

I’ve seen that being creative is a core part of being human – we are all creative when we allow ourselves to be.

If you’re someone who questions your creativity I’d encourage you to get curious and start to notice the little places where it appears in your life.

Have some fun with it, create something just for you, and explore the process of creating… and notice the impact you start to have as you trust your creativity more and more.

If you’d like to explore your creativity in more depth and hear about other people’s ways of seeing creativity, come over and join the conversation in my facebook group for women in tech or to get some personalised one-to-one support, book an initial conversation with me.

If you want to see how you can use your creativity to enjoy more of what you love in life, sign up to join my Create Your Life workshops, kicking off on 9th May.

And if you’d like to get these articles delivered directly to your inbox on a weekly basis, sign up for my email newsletter here.